Every Toyota to sell with hybrid option 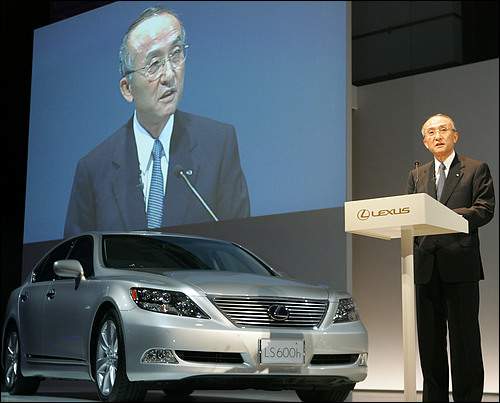 It is assumed by many that hybrid cars are the puppy’s privates when it comes to eco-friendly cars.

Not so, according to a Scandanavian study we’re about to blog about.

But first – this gem from AutoBlogGreen – a very good resource on eco-cars.

During his New Year’s Speech, Toyota’s CEO Katsuaki Watanabe announced some highlights about the future plans of his company. The most spectacular is the one we used as a headline: Each Toyota model will have a hybrid powertrain available so that Toyota can reach the goal of selling a million hybrids per year. Watanabe stated that since 1997, Toyota has saved 5 million CO2 tons from the atmosphere thanks to the marque’s 1.25 million hybrids already on the road.