Even more eco-cash up for grabs 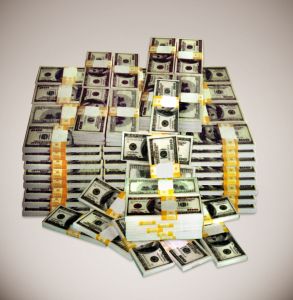 Greenbang is seeing a serious number of investment offers and prizes for innovation at the moment.

Could it be there’s been a bang in the eco industry?

This time, there’s a million quid up for grabs for people who think of ways to tackle climate change.

The Big Green Challenge from the National Endowment for Science, Technology and the Arts (NESTA), is launched as research released by the organisation reveals 9 out of 10 Britons are concerned about the effects of global warming on their communities*.

Run over two years, the competition will see NESTA challenging people from across the UK to work together to demonstrate new ways to reduce their CO2 emissions.

These ideas could either be brand new or a fresh way of applying existing solutions.  The group with the most imaginative – and proven – approach at the end of the competition will win the lion’s share of the £1m fund.

Support for the challenge has been given by Joan Ruddock, Parliamentary Under Secretary of State for the Department for Environment, Food and Rural Affairs (Defra), who added:

“Climate change is the biggest challenge we face.  It’s crucial that we engage people and get them to act to tackle it – at home, at work, and in the community.  We can’t hope to succeed without the innovation, creativity and enthusiasm of the groups that shape our local communities.

Who can enter?Those eligible to enter include groups that are already formed, such as a local branch of the Scouts or a Parent Teacher Association, new groups made up of those with a common interest, or those led by a not-for-profit organisation, such as a charity.

What’s next?
Groups interested in applying should register their interest at: www.biggreenchallenge.org.uk.  The competition will then be open for initial applications from January to the end of February.  Over six months, NESTA and a panel of experts will whittle the entries down first to the 100 strongest and then the 10 best ideas.  Finalists will then be given a year to put their ideas into practice.

How will it be judged?
In the second year of the Challenge, short-listed finalists will have to achieve a measurable reduction of carbon dioxide emissions, involve the whole group or community and prove that their ideas can be expanded or copied in a different area or setting.