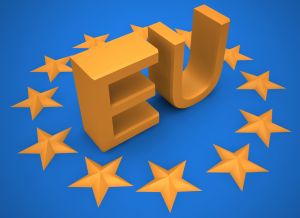 One of the big issues hampering adoption of alternative fuel cars is the all important question of where to fill up – whether that be re-charging an electric battery, or topping up with hydrogen.

Recognising that, European Parliament MPs have voted overwhelmingly in favour of a law proposing the establishment of a Europe-wide filling station network for hydrogen powered cars.

More importantly the EU wants to create standards for hydrogen vehicles across Europe to safeguard a single market, and ensure a high level of safety and environmental protection.

The EU also wants hydrogen-powered vehicles to be propelled by pure hydrogen produced as far as possible from renewable energies, saying the use of mixtures of hydrogen and natural gas/biomethane to propel vehicles must be no more than a transitional technology.

Sales of alternative fuelled vehicles in the UK alone have grown from just a few hundred in 2000 to over 16,000 last year.

Arlene McCarthy, UK Member of the European Parliament, said in a statement:

“At a time when petrol prices in Europe have doubled and with ever growing concern about the effects of climate change it is clear we need new hopes for future fuels.

“Sales of electric cars and other alternatives have soared but hydrogen cars are only on the cusp of large scale production. This new law will boost the development of these vehicles while ensuring they are reliable and safe.”