EU chemical industry may be up for free CO2 allocations

carbon dioxide23
Because the EU chemical industry is exposed to international competition, it’s entitled to free, performance-based carbon dioxide allocations, according to provisional figures released by... 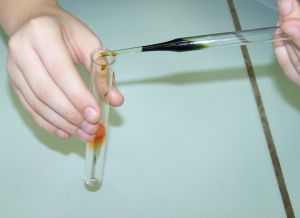 Because the EU chemical industry is exposed to international competition, it’s entitled to free, performance-based carbon dioxide allocations, according to provisional figures released by the European Commission and reviewed by the European Chemical Industry Council.

While the analysis is preliminary, the aim of performance-based allocations is to prevent “carbon leakage,” which is the relocation of production to regions without similar carbon constraints or carbon costs. After finalising internal discussions this summer, the European Commission will come up with a definitive recommendation for the Council and European Parliament, with a decision expected by the end of 2009.

Under the Emissions Trade Scheme (ETS) to manage post-Kyoto carbon dioxide emissions from 2013 to 2020, industry sectors recognised as exposed would benefit from free allocations of emissions throughout the trading period up to the benchmark of the top 10 per cent performers. The goal is to limit the loss of competitiveness against companies outside the EU that could emit carbon dioxide for free or without binding targets.

With pharmaceuticals, the EU chemical industry spends 24 per cent of European research and development budgets (as of 2003), which results in 38 per cent of the world’s chemical patents (as of 2005) and one of the highest added values per employee (€88,000 in 2003).

To determine them as exposed sectors, the European Commission had to receive data accurate enough to prove that:

The preliminary findings still need correction, as incomplete assessments (greenhouse gas process emissions not included) resulted in, for example, fertilisers and nitrogen compounds not qualifying as exposed sectors yet. In addition, the EC estimate of average carbon content is very low (0.465 tonne CO2 per megawatt-hour); the CO2 content passed through with the power price to industrial electricity consumers is significantly higher.