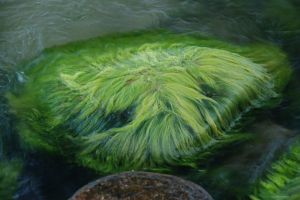 Following on from Greenbang’s article yesterday about the call for biofuel subsidies to be scrapped because they are a ‘waste of money’, this piece of news caught our eye about the future direction of biofuel research.

Enterprise Rent-A-Car – which owns the well known car hire firms Enterprise, National and Alamo and has a fleet of more than 1.1 million vehicles – has made a notable appointment by hiring Dr Richard Sayre, one of the US’ leading biofuels researchers as director of the rental company’s Institute for Renewable Fuels at the Donald Danforth Plant Science Centre in St Louis.

Dr Sayre and his team of 10 researchers will focus on using algae to produce ‘3rd generation’ biofuels for possible future large scale use to power cars, trucks and aircraft.

Among the claimed benefits of using algae as a biofuel source are:

“Extracting oil from algae to produce a more sustainable biofuel is one of the most promising and exciting areas of biofuels research today. Algae have significant potential as a clean, renewable, and economical fuel source. And, because algae are not used as food, they are a biofuel source that does not compete with the food supply.

“Biofuels research continues to advance at a rapid pace. The first generation in biofuels research was using the corn plant to make ethanol. The second generation involves using the non-food parts of the corn plant to create cellulosic ethanol. Algal oil – which yields much higher energy density while requiring less land and water than other biodiesel – represents the third generation.”