Energy efficiency? Alone, it’s not all it’s cracked up to be 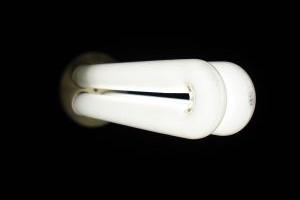 Imagine a future in which all our cars, appliances and industrial processes are 10 times — maybe even 100 times — more energy efficient than today’s models. Wouldn’t that be great? Just think of all the oil and coal saved, all the energy bills reduced, all the carbon dioxide emissions we stop pumping into the air.

Or maybe not. While energy efficiency is usually near the top on official to-do lists for combating climate change and staving off the ravages of peak oil, it tends to look better on paper or pdf than it does in real life.

“It is wholly a confusion of ideas to suppose that the economical use of fuel is equivalent to a diminished consumption. The very contrary is the truth.”

In his 1865 book, “The Coal Question,” English economist Jevons pointed out a counter-intuitive truth: that making a resource-consuming process more efficient actually increases, rather than decreases, consumption of that resource. He found the proof in Britain’s coal industry, where the demand for coal skyrocketed after James Watts’ steam engine made it far easier to pull the stuff out of the ground.

That effect, dubbed the Jevons paradox, remains with us today with even greater force. In its most recent update on the refrigerator market (pdf), for example, the US Department of Energy’s EnergyStar programme found that the most energy-efficient fridges available weren’t having as much of an impact on electricity savings as hoped. The reason? Nearly half (44 per cent) the people who buy efficient refrigerators don’t dump old ones that are still working. Instead, they sell them, give them away or cart them off to a different part of the house (or the garage) to use as a second fridge.

It’s reached the point where 26 per cent of all US households now have a second fridge … and that number is growing by 1 per cent a year.

Loughborough University professor Kevin Lomas found a similar effect in Britain, where “despite many technical improvements to the UK building stock, CO2  levels continue to rise.” Sloppy renovations are sometimes to blame, he discovered, but other times, the problem lies with homeowners: given a chance to continue, business as usual, and see their energy bills go down, they instead decide to crank up the heat a bit more than before, because their heating expenses won’t go up, thanks to better insulation. (In fact, a paper released by the firm Geothermal Engineering this week reported that Britons now heat their homes to an average of 18 degrees C, a considerable increase over the 12 degrees C that was typical in the 1970s.)

Lomas’ conclusion: “that reducing energy use by implementing energy-efficiency measures is more challenging than might be expected.”

So what’s the answer? A bit more peer pressure might do the trick, according to economist Hunt Alcott, who’s an Energy and Society Fellow at the Massachusetts Institute of Technology. He describes how one energy company has had success in encouraging customers to reduce their energy consumption by sending them reports showing how they compare to their neighbours. The inspiration for that programme came from a research study looking at the impact of public-service door-hangers left on homes in California.