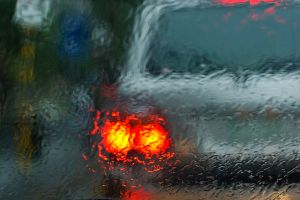 Like all those jumping on the green bandwagon, the UK government has been prone to more than the odd headline-grabbing policy announcements which, on closer inspection, are nothing more than a bit of a gimmick.

None more so than last year’s budget announcement that the Treasury planned to impose a higher tax on older cars with higher emissions – namely the 1.1 million high carbon cars registered between 2001 and 2006. Under the plans those motorists would see their car tax more than double from £210 to £430 or more.

But a group of MPs (is there a collective noun for a group of MPs? A rabble, maybe?) on the Environmental Audit Committee have released a report today and it doesn’t make good reading for the Chancellor of the Exchequer, Alistair Darling.

The report essentially says the car tax changes will only have very limited environmental benefit (and that’s according to the Treasury’s own projections) and it also raised concerns over the financial effects of raising car tax on existing vehicles owned by lower income households.

The committee says the new tax bands are not large enough to have sufficient effect on purchasing decisions and calls for the government to take a much bolder approach, suggesting a “car scrappage” scheme to offer incentives to drivers of high emissions cars to trade in their vehicles for more eco-friendly models.

The report also calls for the Government to accelerate the development of new vehicle technology, improve public transport, and encourage car-sharing schemes.

“The Treasury must be more ambitious, matching increased charges on high carbon cars with discounts or rebates on low emissions vehicles. The Treasury must also urgently work to ensure these changes are not unfair to vulnerable groups.

“This includes looking at paying people to trade in their existing high emissions cars for more efficient models, and reviewing whether all disabled drivers could be exempted from paying car tax.”

The full report is here.

Great to see MPs taking the government to task on this policy but Greenbang’s observation is that, in the current economic and political climate of high fuel prices, the rising cost of food and a Prime Minister fighting for his career, it will be political suicide for Gordon Brown to introduce this kind of tax that will hit the vital Middle England voters he needs the most to stand any chance of a Labour victory at the next election.

It’s not hard to see this one getting put on the back burner and quietly forgotten about.