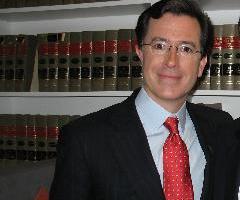 Mandates and subsidies for biofuel production and consumption might sound like good ideas, but when the two strategies are combined, they can often have unintended — and negative — environmental, energy and farming consequences, according to new research from Cornell University.

In fact, economists Harry de Gorter and David R. Just have found that government biofuel subsidies, when added to mandates, can in fact end up subsidising oil consumption instead. And they quote the wisdom of satirist Stephen Colbert to make their point.

“This unique result also applies to renewable electricity that faces similar policy combinations,” de Gorter and Just write in the journal Applied Economic Perspectives and Policy. “Policies that discriminate against trade, such as production subsidies and tariffs, can more than offset any benefits of a mandate. Sustainability standards are ineffective and illegal according to the WTO (World Trade Organisation), and so should be re-designed.”

De Gorter and Just might also just be the first two academics to cite satirical news host Colbert (“The Colbert Report”) in an economic study:

“In his remark on ethanol policy, Stephen Colbert, a comedian, may have anticipated the paradox uncovered in this article when he stated, ‘The ultimate sacrifice is sacrificing the idea of sacrifice itself.’ ”

The economists go on to argue that that kind of logic leads to the conclusion that it might be best to encourage the transition to cleaner fuels by taxing carbon dioxide emissions instead of adopting a host of other incentives for renewables.

“Taxing CO2 directly will represent a sacrifice in productivity but using various renewable energy policies in its stead generates huge inefficiencies and exacerbates the exact situation it was intending to avoid,” de Gorter and Just conclude. “Surely, the increases in CO2 coupled with the staggering inefficiencies that accompany the cocktail of renewable energy policies together represent a sacrifice that is ultimately more pernicious than would be the sacrifice of directly taxing CO2.”