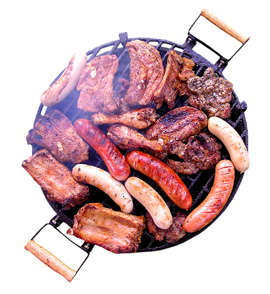 Greenbang will put on her grown-up face for a moment in order to talk to you sensibly about effulent and beer. Not a natural combination, you might agree, but the two are brought together with the news of an effulent processor and renewable energy firm changing hands.

Ecolab Inc. announced it has agreed to purchase Ecovation, Inc., a Rochester, NY area-based provider of renewable energy solutions and effluent management systems primarily for the food and beverage manufacturing industry in the U.S., including dairy, beverage, and meat and poultry producers. Ecovation is growing rapidly: 2007 sales were approximately $50 million, having grown tenfold since 2005; 2008 sales are expected to exceed $100 million.

The princely sum on the deal will be $210 million but Ecolab will sell off $40 million of long-term lease receivables – so that’ll be a round $170 million then.

Douglas M. Baker, Jr., Ecolab’s Chairman, President and Chief Executive Officer commented on the announcement, saying, “This acquisition greatly expands the range of solutions Ecolab can provide to its food and beverage processing customers to help them manage food safety, water, energy and environmental stewardship. Ecovation’s technologies allow food processing plants to be more environmentally responsible while simultaneously reducing operating costs. For Ecolab, it opens exciting new growth prospects in our second largest global business and in an area where we have achieved consistent strong growth and global market leadership.”

Through the design, construction and operation of on-premise treatment facilities, Ecovation applies its proprietary processes in the areas of anaerobic wastewater treatment, solids management and air pollution control to the plant wastewater streams. These streams are then converted to cleaner water that can be recycled or released into the environment while extracting energy that can be utilized in the plant. Ecovation helps customers reduce operating costs by treating waste on their premises instead of hauling it away or operating large aerobic treatment fields that require acreage and can potentially create other environmental issues. Ecovation systems reduce plant operating costs by capturing energy from the waste and returning it to the plant, thereby increasing environmental compliance and sustainability. Ecovation’s proprietary technologies will also help food and beverage processors comply with an increasingly more difficult regulatory environment with respect to wastewater management and plant effluent discharge.