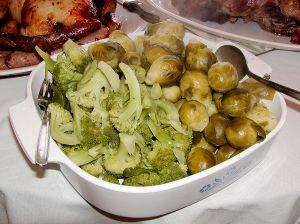 Why is it people continue to do so many things they know aren’t good for them: eating fast food, smoking, bungee-jumping over the Zambezi River and … wasting energy?

It’s just human nature: changing habits is hard, even when the case for doing so is staring you in the face. And no matter how “smart” our technology becomes, human nature still takes over, often leading to decisions that aren’t so smart.

Which explains the wildly varying results we see from pilot programs and early rollouts of smart electricity meters and in-home energy monitors. Out of nine smart metering projects recently studied by the American Council for an Energy Efficient Economy (ACEEE), electricity savings among households provided with real-time feedback about their energy use was as high as 19.5 percent … or as low as zero. On average, the not-so-thrilling result from giving people access to smart meters and monitors was a savings of 3.8 percent.

One problem, as the ACEEE notes in its report, is that — ultimately — every technology aimed at encouraging energy efficiency is “opt-in,” meaning that it’s up to people to choose to use them.

“In several of the pilots reviewed here, a large portion of households offered in-home displays refused them, even if they were not required to pay for them,” the ACEEE report states. “Even among those households that accepted the devices, installation rates varied widely. Finally, actual rates of use of the installed devices also varied among households that had installed them.”

In other words, you can offer free healthful vegetables to a lot of people, and not everyone will accept them. And among those who do, not all of them will actually eat the brussel sprouts and broccoli.

Carrying the analogy even further, the ACEEE study also found that, where some people got into the habit of eating their veggies, others tried them a few times then shoved them off into the back of the fridge. Or, in the case of in-home energy monitors, away from where people could see them:

“Initially, the devices were kept in prominent communal areas such as the kitchen, but many interviewees reported moving the devices to private areas as time went on due to some household members’ finding them ‘annoying’ and ‘in your face,’ ” the report states.

More user-specific data, the ACEEE concludes, “can have a large impact on the design of more effective programs, policies and technologies. This type of research methodology may even be able to provide clues to addressing the critical issue of savings persistence.”