Dubya to EPA: I’m not reading your email, I don’t like your tone 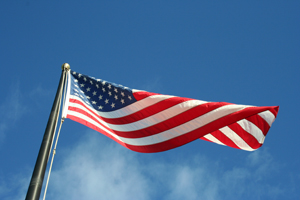 Greenbang’s wondering if she’s been getting George Bush wrong all these years. The man can’t really be as stupid as he appears – he’s just acting stupid so he can get away with all manner of evil genius tricks.

The White House in December refused to accept the Environmental Protection Agency’s conclusion that greenhouse gases are pollutants that must be controlled, telling agency officials that an e-mail message containing the document would not be opened, senior E.P.A. officials said last week.

Yep, if you don’t like what you’re about to read, then just don’t open it. Surely, surely no one’s that stupid?

After the Supreme Court asked the EPA to find out whether greenhouse gases could be a threat to people or the environment (yep, they were still wondering back in the heady days of 2007) the EPA responded with its conclusions.

The White House didn’t like the conclusions. Ok. So they said they wouldn’t open it. Stupid, but whatever. Guess what they did next?!

Over the past five days, the officials said, the White House successfully put pressure on the E.P.A. to eliminate large sections of the original analysis that supported regulation, including a finding that tough regulation of motor vehicle emissions could produce $500 billion to $2 trillion in economic benefits over the next 32 years. The officials spoke on condition of anonymity because they were not authorized to discuss the matter.

Expect a wishy-washy version of the report some time this week.

Greenbang’s off to weep into her rum and coke.