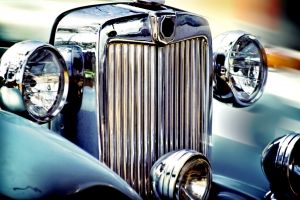 That’s what the survey reports anyway – nearly 3,000 UK motorists said although they want to cut their carbon footprint, they’ve not really any plans to do it.

When asked what steps they might take to reduce their carbon footprint, respondents appeared to be open-minded, with 32% saying they would walk more and 25% saying they would cut their journeys.  19% said they would consider a car with lower emissions and 16% that they would buy a smaller car.  But these intentions don’t appear to translate into a change in car buying habits.

Instead UK motorists are still motivated first and foremost by price, and getting a good deal on the used cars they buy.  Environmental considerations came 10th on a list of car choice factors, behind price, make and model, low mileage and even colour.  Just 4% said the environmental considerations were important – double last year’s figure – but still very marginal.  Interestingly, 17% of diesel car drivers said the environment was an important factor in choosing their car.

“Our Report suggests that it is unlikely that UK motorists are ready to wholeheartedly embrace green issues of their own accord. It might mean that the only way to make UK motorists ‘greener’ is by making it expensive for them not to change their habits.”

A Record Breaking Year
Despite a more uncertain economy and rising household bills, UK motorists spent more on used cars last year than ever before.  A record amount was spent as dealer and private-to-private sales clocked up an astonishing £33.9 billion combined.  That’s a rise of £1.6 billion on last year and a substantial £6.6 billion more than at the start of the decade.

A Nation of Car Owners
The UK is a nation of car owners.  According to the Report, three quarters of UK households have a car, with a quarter of these owning at least 2.

Used Preferred
BCA’s report shows that 70% of car buyers choose to buy a used car rather than new, with price, value for money and avoiding depreciation being the main benefits perceived by motorists.  Overall UK used car volumes increased by 2.5% to 7.44 million in 2006, up from 7.26 million units in 2005 – driven by strong demand for cars in the 3-5 year age group.

Satisfaction Guaranteed
The number of used car buyers satisfied with their used car reached an all-time high of 96% in this year’s survey – those, ‘very satisfied’, rising three percentage points to 72%, while a further 24% of car owners were ‘quite satisfied’ with their purchase.

Dealers Dominate
Motor dealers continued to dominate used car sales in the UK and they increased their volume share of the used car market by 1.5% to 54.8%.  In total, dealers sold 4.08 million cars last year, a rise of 209,000 units, for £25.6 billion. On the other hand, private-to-private used car volumes failed to match the pace set by dealers, falling by 60,000 units to 2.89 million, worth just £6 billion.  Private sales accounted for 38.8% of all sales, the lowest market share this sector has recorded for 15 years.

Buying Influences
When it comes to the factors that influence the choice of a used vehicle, price is still the overriding influencer at 54%, followed by make/model (42%), having a low mileage (34%), the age of the vehicle (23%), body type (20%) and specification (15%).

Why choose Diesel?
When asked why diesel was chosen, better fuel consumption was the overwhelming reason given at 70%.  However, there was a marked increase in those motorists who had bought diesel saying that environmental considerations had been an influence.  17% of respondents to the 2007 survey said the environment was a factor compared to just 2% in 2006.  So whilst economic factors appear to be the key drivers in choosing diesel, it seems that these motorists are starting to appreciate the environmental benefits too.