Don’t waste waste, study says: Use it to generate energy 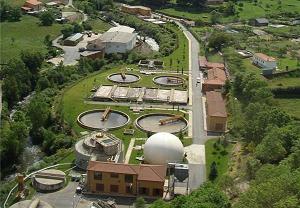 Municipal waste, sewage sludge and “slurry” from livestock (yes, it’s what you think it is) could provide a little over 7 per cent of Spain’s energy needs, according to a new study.

Researchers from the University of Zaragoza (UNIZAR) say those types of waste are not only good sources of eco-friendly, renewable energy but — in the case of solid urban waste — are also more cost effective than other sources.

Using waste to generate energy, rather than dumping it, also reduces the amount of methane — a greenhouse gas more powerful than carbon dioxide — and other polluting gases released from landfills, the study found. Plus, it’s essentially a free fuel.

“It gives added value to waste, because it can be seen as a type of fuel with zero cost, or even a negative cost if taxes are paid to collect it,” said Norberto Fueyo, lead author of the study and a researcher at the Fluid Mechanics Group of the UNIZAR.

The study found that waste in Spain could generate between 8.13 and 20.95 terawatt-hours of electricity — 7.2 per cent of the country’s electricity demand in 2008.

According to the study, incineration of waste and degasification of landfill sites are the electricity generation technologies with lowest financial cost. Producing electric energy through anaerobic digestion — where organic matter in a low-oxygen environment is decomposed into biogas — is much more expensive.

The research effort stems from the European Union (EU) plan for member nations to get 20 per cent of their energy from renewables by 2020. The 20-20-20 programme also aims to reduce carbon dioxide emissions by 20 per cent, achieve energy savings of 20 per cent and increase biofuels for transport by 10 per cent.

“For Spain, each one of these targets alone is a challenge, which becomes much bigger when they are all taken together,” Fueyo said, adding that the biofuels goal is the most problematic. “It is not achievable and is socially and environmentally questionable, because of the amount of land it requires and because it means using foodstuffs to produce fuel.”

Even if that biofuels goal is reached, renewable fuel production will need to be stepped up considerably to reach the 2020 goals, Fueyo said. Achieving those targets, he added, means it will be essential to promote energy saving and efficiency and “consider all possible sources of renewable energy, including waste.”