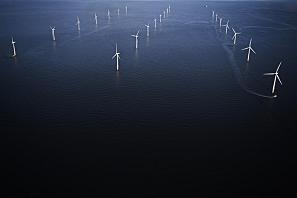 Under the pact, Siemens will deliver up to 500 wind turbines for DONG’s development of offshore wind energy installations in northern Europe. Once deployed, the turbines are expected to have a total power-generating capacity of 1,800 megawatts.

“With this agreement the parties are jointly taking a quantum leap towards further streamlining the construction of projects of this kind,” says Anders Eldrup, CEO of DONG Energy. “DONG Energy has built approximately half of all offshore wind farms in operation in the world today. Entering into the largest single offshore wind turbine supply agreement ever further strengthens DONG Energy’s leading position in this field and provides us with an important tool for implementing our strategy of significantly expanding DONG Energy’s position within sustainable energy.”

“The agreement with DONG Energy is one of the biggest orders in the history of Siemens,” said René Umlauft, CEO of the Renewable Energy Division of Siemens Energy. “With this agreement we are taking the cooperation between DONG Energy and Siemens to the next level. Together we have taken a big step towards ‘industrialization’ of the offshore wind business which is one of the fastest growing renewable energy technologies.”