DoE puts $7m of biomass R&D up for grabs 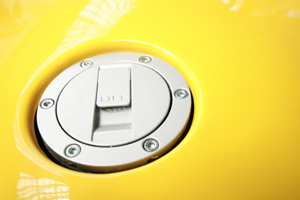 ‘Biofuels made from feedstock’ have become dirty words quicker than British Airways Terminal 5. Strangely enough, however, pyrolysis has not. Which is funny, when you consider it the word pyrolysis sounds like an STD that might involve weeping sores.

Despite Greenbang’s fevered imagination, pyrolysis is no STD. What it is, however, is a process that uses heat to chemically break down biomass and a process that’s got the US Department of Energy scrabbling for its wallet.

The DoE has announced it’s got $7m up for grabs over two years for anyone doing some R&D in converting non-food biomass (quite possibly underlined in red with a few exclamation marks by the department) into biofuels.

Here’s more from the wonks involved:

Today’s FOA seeks to solicit applications for projects that can improve the conversion of biomass to advanced biofuels via pyrolysis – a process that uses heat to chemically decompose the lignin, cellulose, and hemicellulose of biomass materials. DOE anticipates selecting up to five to seven projects under this announcement and will require a minimum of 20 percent cost share from applicants. The research aims to lower the production costs of bio-oils and expand the suite of biofuels produced and available in the United States.