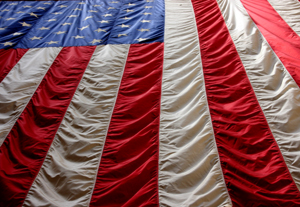 This morning Greenbang stumbled over a press release bearing the excellent title of Department of Energy to Pursue Zero-Net Energy Commercial Buildings. Last time Greenbang looked, buildings don’t move ever so fast, so she’s presuming that it’s not a high speed pursuit and the DoE has a good chance of catching the wily bricks and mortar.

Of course, Greenbang is being churlish and the use of the word ‘pursue blah blah blah green buildings’ is just the government’s way of saying ‘we’ll try to make our buildings zero-energy, but hey, chances are we won’t get there so we’re not getting your hopes up in advance’. The scamps.

So how are the Washington wonks going to turn their offices energy neutral? By creating a crack team of scientists under the banner of the National Laboratory Collaborative on Building Technologies, or ‘the Collaborative’ for short.

Sounds a bit Star Trek to Greenbang, but there’s to be no mind melding and just lots of work on efficiency technologies and on-site renewable energy generation.

The Collaborative’s aim is to get government buildings creating as much energy as they consume by 2025. The announcement comes hot on the heels of another energy-efficiency shout from the Bush administration.

Said shout comes in the form of Energy Savings Performance Contracts, designed to save Dubya and pals $140m a year in energy efficiency, alongside another $13m in energy costs themselves.

According to the DoE, it goes a little something like this:

The contracts will also enable $140m in energy efficiency improvements to DoE facilities, as part of the Department’s Transformational Energy Action Management (TEAM) initiative. As part of the Bush Administration’s comprehensive energy strategy to reduce energy waste and greenhouse gases, the TEAM initiative seeks to reduce energy intensity across DoE’s nationwide complex by at least 30 per cent and to reduce water consumption intensity by at least 16 per cent, both by 2015, and to acquire at least 7.5 per cent of all energy from renewable sources by 2010. By utilising ESPCs, contracts that are paid for from cost savings resulting from improved energy efficiency, the TEAM initiative seeks to maximise energy system improvements.