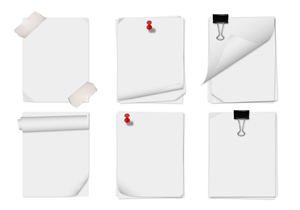 Would Greenbang like to be a spy? You bet she would. A person can’t watch as many James Bond films as Greenbang has without hankering to serve Queen and country by travelling to exotic locations and blowing stuff up. As things go, Greenbang occasionally goes to Stockport or lets a pan boil over and for bonus points reads people’s emails over their shoulders – it’s like the Tesco No-frills version of spying.

But now Greenbang can add to her spying (and naturally, environmental) credentials with the latest invention to come out of the Palo Alto Research Centre (or PARC, if you like), funded by printing company Xerox.

By updating that old schoolyard favourite, invisible ink, PARC has come up with reusable paper. According to reports, PARC has been showing off the invention which will allow you to print something, have the ink disappear in 24 hours, and then have the paper ready to reuse.

The ink is made with photosensitive particles: when they’re hit with light, they gradually start to fade.

Apparently, you can get 100 goes out of one piece of paper. Mmmm, economic.