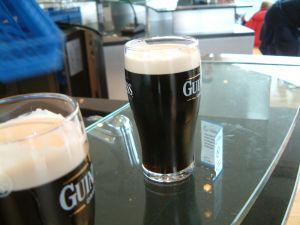 Greenbang likes the odd tipple (not before lunchtime, mind) so it’s pleased to see that drinks giant Diageo, which makes the likes of Guinness, Johnnie Walker, Smirnoff and Tanqueray, is to build a £65m state-of-the-art bioenergy facility at Cameronbridge in Fife – Scotland’s largest distillery.

Not surprisingly Diageo is raising a toast to the new facility, which it says is the largest single investment in renewable technology by a non-utility company in the UK and that it will reduce annual CO2 emissions at the site by around 56,000 tonnes.

How will it do all this? By integrating sustainable technologies, including anaerobic digestion and biomass conversion, on a commercial scale. It will also recover 98 per cent of thermal steam and 80 per cent of electrical power at the distillery.

The plans follow two years of research and Diageo has signed a formal agreement with energy management company Dalkia to build the new bioenergy facility. Dalkia will construct the facility over the next two years and it will then transfer to Diageo under a finance lease, while continuing to be managed by Dalkia.

“This will be a showcase bioenergy facility which harnesses a variety of green technologies in a project of an unprecedented scale. It is without question the right way forward in terms of environmental benefits and secures the long-term sustainability of our operation, moving the site away from reliance on fossil fuels.”

According to the press release, the bioenergy facility will generate renewable energy from ‘spent wash’ – a mixture of wheat, malted barley, yeast and water – produced during distillation.  The spent wash is separated into liquid and dried solids. The liquid is then converted, via anaerobic digestion, into biogas and the dried solids form a biomass fuel source.

Around 90,000 tonnes of co-products, which would have required transport off-site by road, will be turned into bioenergy in the form of electricity and steam for use at the distillery. The facility will also recover almost a third of the site’s water requirements.

As if all that wasn’t enough, the facility is also expected to create up to 20 new jobs in addition to the 100 people already employed at the distillery.

The bioenergy plant is still subject to planning approval, however.