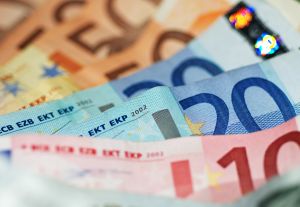 Officials with the International Monetary Fund and some of the world’s leading multilateral development banks (MDBs) met in Europe today to map out plans for sustaining a global financial recovery and financing measures to combat climate change.

MDBs are institutions funded by developed countries that provide financial support and professional advice for economic and social programmes in developing countries.

The officials meeting today noted signs of economic recovery in the global market and agreed that their enhanced cooperation played an important part in preventing an even worse systemic crisis. However, they also concluded that the world economy remains fragile, and that MDBs will have to continue playing a counter-cyclical role to address that this year.

Representatives from the various MDBs said they will also need to remain focused on crisis prevention, supporting sustainable growth and development and, in particular, backing efforts to combat climate change. Together with officials from the IMF, they welcomed the commitment of developed countries to provide additional fast-track financing of $30 billion (US) between now and 2012 to help developing nations cope with the effects of climate change and cut global greenhouse gas emissions deeply enough to avoid a temperature rise of more than 2 degrees C.

That fast-track financing was part of the Copenhagen Accord reached during climate negotiations this past December. The Copenhagen talks also resulted in a pledge to mobilize $100 billion in climate funding by 2020 to support developing countries.

MDB officials also said they were ready to provide technical support to the UN’s goal of reaching a legally binding post-2012 international agreement on climate change as soon as possible. Talks will be taking place on that matter both this month and next in Bonn.

The Kyoto Protocol is due to expire in 2012, and no binding treaty has yet been agreed to that would replace it.