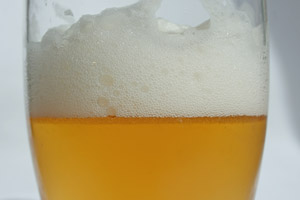 Say it out loud: “waste beer”. And once more.

No, doesn’t sound right does it? Almost oxymoronic in its unlikeliness. But apparently, according to the Molson Coors Brewing Company, there actually is such a thing as “waste beer”.

Hey, dry those tears, now, at least the waste beer in question is being used for the good of society – it’s being used to fuel politicians.

No, not making you feel better about the whole thing? Greenbang will plough on regardless.

The Molson Coors Brewing Company has announced it’ll be turning the waste beer from its Golden, Colorado, brewery into ethanol. The fuel will be used to power General Motors flex-fuel vehicles used at the Democratic National Convention.

Here’s a little bit about all that beer:

Coors is the nation’s first major brewer to convert its waste beer into ethanol. The company began recycling waste beer — beer lost during packaging or deemed below quality standards — and converting it to ethanol in 1996, in a facility owned by Merrick & Company and operated by Coors. Today the Golden ethanol facility produces about three million gallons of ethanol per year. The production of ethanol from waste beer also helps Coors eliminate about 70 tons of VOCs (volatile organic compounds) from its emissions annually.[…]

Fuel mixed with ethanol from the Coors facility will help power a fleet of vehicles provided by General Motors, the Official Vehicle Provider of the 2008 Democratic National Convention. This fleet, which includes vehicles with biofuel capabilities and hybrid technology, will provide transportation for numerous delegates, staff, members of the media and other special Convention guests.