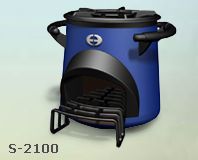 Envirofit is ramping up production and expanding its line of clean-burning stoves in response to increasing demand in India.

Envirofit stoves claim to reduce toxic emissions by 80 per cent, use 50 per cent less fuel and reduce cooking time by 40 per cent compared to biomass fuelled cooking fires.

According to the World Health Organisation, nearly three billion people cook their daily meals indoors over biomass fuelled fires. Because these methods cannot achieve clean combustion, the majority of the heat is wasted and 20 per cent of the biomass is converted into toxic substances like carbon monoxide, benzene and formaldehyde with the resulting pollution killing 1.6 million people each year.

“Our cookstoves are not only meticulously engineered to reduce toxic emissions and fuel use, they are also aesthetically designed and durable.”

Envirofit stoves are a result of over five years of research and development with emissions and durability testing tone in coordination with Colorado State University. Envirofit is a US based non-profit organisation with profits from stove sales reinvested towards making the business self sustaining and allowing for business growth.