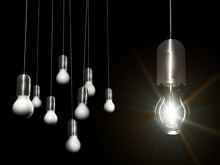 PC box shifter Dell is now powering its HQ – a bit of a beast at 2.1 million square feet and home to 10,000 Dell types – with ‘green power’. Greenbang had rather hoped that meant the company has The Incredible Hulk down in the basement and is milking him for his super strength.

It means Dell gets 40 percent of its energy from Waste Management’s Austin Community Landfill gas-to-energy plant and the rest from wind farms provided by TXU Energy.

With the greening of its HQ under its belt, it’s also turning its attention to its Austin Parmer Campus, upping the green power quotient from eight to 17 percent of the campus’ energy needs, while its Twin Falls Idaho base it already 100 percent Hulk-like, with 97 percent of its energy needs met by wind and the teeny weeny three percent rest coming from solar.