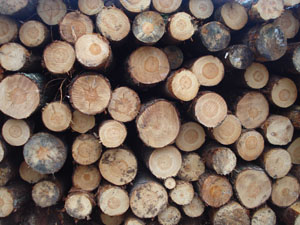 If someone from the government turned up and suggested you might like to start, you know, like to start burning more stuff, you would more than likely be suspicious. You might even wonder when Constable Beadle might be about to take off his fake beard and moustache and admit you’ve been set up.

But burning more stuff is the latest stroke of eco-cleverness from Defra. Apparently, waste wood is an underused resource, according to a new report from the department, and we should all think about recovering energy from unloved logs.

The significant carbon and energy benefits of recovering energy from waste wood have been highlighted in a number of recent publications, including the Waste Strategy for England 2007, in which waste wood was identified as one of a number of priority materials for action, the UK Biomass Strategy and the Energy White Paper. Biomass energy generation will have an important role to play in meeting the UK share of the 20% European Union (EU) renewable energy target. It has been estimated that recovering energy from 2 million tonnes of waste wood could generate 2600GWh electricity and save 1.15 million tonnes of carbon dioxide equivalent emissions, with greater benefits available by recovering heat as well as power

Why all this waste? Mixing the streams apparently. The Ghostbusters would be seriously unimpressed. Here’s more:

With the majority of waste wood arisings being contaminated, the key to realising this potential is greater Waste Incineration Directive (WID) compliant combustion facilities. A number of economic measures exist, and are being strengthened, to divert waste from landfill and, in the case of waste wood, into renewable energy markets. While aggregation points and supply chains for waste wood are in their infancy, these are expected to grow (as they are already doing) with better market knowledge, greater WID compliant combustion capacity with better geographical distribution, and stronger incentives for renewable energy.

The full report is here. Oh yes it is.