Cutting the costs of solar power 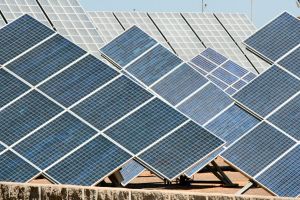 California hosted a major solar power conference last week, which had a bunch of firms discussing ways to improve the economics of solar. Right now, the industry’s growth is frustrated by the fact that photovoltaic cells cost a lot up-front, which makes the return for any business or individual a long time in coming.

In fact, Greenbang chatted with the CEO of a energy consulting firm the other week and he outlined a case study that put this in context. After scoping out one firm’s operations, he calculated that solar power in that (UK-based) location would take some 60+ years before paying itself back. By comparison, wind power was estimated to take just 8 years. Talk about a no-brainer.

Solar firms get the problem though, and conference saw various providers showing off ways of making the equation more attractive. Part of this involves tweaking the technology, but others are also reviewing the business model, as this piece highlights:

Sun Run’s business model is structured around owning the panels on people’s homes. So instead of paying all the money to install panels, the homeowner pays for the electricity they produce at a fixed rate.

Even though much of the media coverage around solar power focuses on the incremental improvements of converting sunlight to electricity, the actual work of installing photovoltaic panels remains 30 to 50 percent of the total cost.

Sun Run’s contract–called a purchased power agreement–won’t eliminate the initial cost of getting solar electricity. But it will reduce by about 60 percent the pain of shelling out anywhere from $20,000 to $35,000 for solar panels, according to the company.