Credit crunch forces Brits to be more like Felicity Kendall 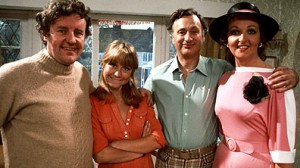 For many, the 1970s is a decade to forget. After the free love of the swinging 60s, the 70s heralded recession, spiralling oil prices, the four-day working week and rubbish piled high in the streets during the winter of discontent. If that wasn’t bad enough the 70s also spawned the twin evils of prog rock and disco, as well as terrible crimes against fashion.

Now, as the UK almost officially enters recession again and purse strings tighten Brits are once again returning to the 70s, according to research by Mintel. No, that doesn’t mean Greenbang’s going to be digging out an old pair of giant flares and a copy of Disco Inferno. What it does mean, according to the people at Mintel, is being more like Felicity Kendall.

Still confused? OK, we’ll cut to the chase. It’s about self-sufficiency – like Tom and Barbara in the 70s telly series ‘The Good Life’. It’s a spurious link, but we’ll let Mintel off this time.

Mintel’s research found a quarter of Brits are ‘Good Lifers’, embracing a thriftier way of living, with 16 per cent becoming self-sufficient by growing their own vegetables or making their own clothes. Greenbang approves of growing your own vegetables but cannot condone making your own clothes. It’s wrong. Unless you’re Karen Millen or Paul Smith, making your own threads can only end in disaster. You’ll look a fool. Trust us.

Another 12 per cent of us are also shopping more often for bargains at charity shops and other second-hand outlets.