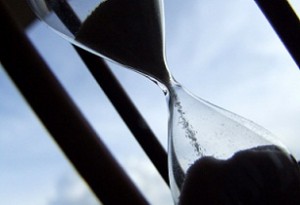 Coal, oil and natural gas helped power the Industrial Revolution, and make life as we know it today possible. But there are plenty of increasingly compelling reasons for us to try and quit the fossil fuel habit. The question is: Is that even possible?

Why ask? Well, first, the signs of accelerating climate change — costly weather-related disasters, stresses on marine life and growing releases of long-trapped methane — are becoming harder to ignore. Second, as the IEA and other organizations repeatedly remind us, “the age of cheap energy is over”: while there’s still lots of oil to be had, our reliance on ever-more marginal sources like deepwater deposits and tar sands means the happy motoring days of $2 per gallon gas are gone for good. And then there’s the fact that much of our oil comes from troubled parts of the world, and that sudden supply chain disruptions are both possible and potentially devastating.

The good news is that renewable energy is now the fastest-growing part of our energy mix, with double-digit expansion in recent years of both wind and solar energy. In fact, renewables already provide more than 19 percent of the world’s electricity.

While 19 percent and growing is good, going cold-turkey on fossil fuels is not an option yet. But could it ever be? In his 2006 book, Heat: How to Stop the Planet Burning, Guardian columnist George Monbiot conducted a lengthy thought experiment on what each sector of our global economy would look like without oil. His conclusion: modern life could go on, though with some serious constraints … and conveniences like air travel would be no more.

James Lovelock, the scientist behind the Gaia Theory, has long asserted the only hope for transitioning away from fossil fuels and keeping a modern society alive lies with nuclear power — lots of it — and not renewables. In the wake of Japan’s post-earthquake/tsunami Fukushima disaster, and the subsequent decision by countries like Germany to abandon nuclear energy development, that strategy’s looking a lot less likely.

At a local level, a growing number of leaders say it’s possible to wean communities off of most, if not all, oil and gas. For example, the state of Vermont, which sustained heavy damage and extended outages of grid-based electricity after being hit by Hurricane Irene this year, recently released a comprehensive energy plan with the goal of getting 90 percent of its energy from renewables by 2050. And islands like the Isle of Wight and El Hierro are aiming for full self-sufficiency through clean-energy development.

Such communities wouldn’t be aiming for goals like that if they didn’t believe they were achievable. Could the same be true at a global level? If nothing else, it certainly seems like a target worth shooting for.