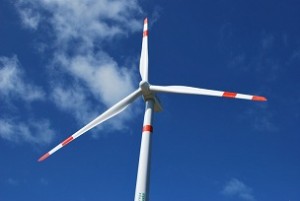 As if the year 2012 doesn’t already portend challenges enough, what with all the Mayan prophecy baggage … now the United Nations wants to saddle it with the responsibility of being the “International Year of Sustainable Energy for All.”

An admirable goal, sure. But is it possible?

A report last year from the International Energy Agency (IEA) found that it’s possible to provide universal access to modern energy by 2030. The price-tag for such an ambitious achievement isn’t even that high, relatively speaking: $48 billion a year, or just 3 percent what’s currently spent on global energy.

The IEA’s vision of energy for all, though, includes a significant amount of electricity from coal and other fossil fuels. Providing universal access to energy, it says, would take around 220 gigawatts of new electricity generating capacity, with some 45 percent of that being delivered via extensions to existing national grids. Of that additional grid-delivered energy, more than 60 percent would come from fossil fuels, the IEA figures.

Clearly, sustainable energy for all is an even taller order. But can it be done?

The UN believes it can, if the goal of universal energy access is coupled with two other targets: doubling the rate of improvement in energy efficiency and doubling the share of renewable energy globally.

If we can go from almost no mobile communications to more than 5.3 billion cellphones in use in just two decades, there’s reason to believe energy could undergo a similar transformative change, says UN Secretary-General Ban Ki-Moon.

“Twenty years ago, the idea of universal access to mobile communication would have seemed preposterous,” he said last fall upon announcing the Sustainable Energy for All initiative. “A similar paradigm may next emerge in distributed energy generation.”

“At a time when so many economies are struggling, some may claim that sustainability is a luxury we cannot afford,” he said. “But the opposite is true: Depleting our natural resources will deplete our chances of true prosperity. We need to reduce global emissions, conserve the wealth of nature, empower the world’s most vulnerable populations, and catalyze low-carbon prosperity for all. None of this will be possible without a clean energy revolution.”