Could oceans soak up more of the evil methane? 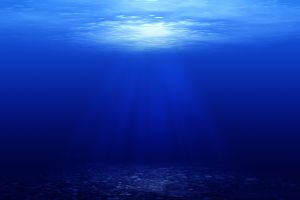 Methane is a much bigger greenhouse gas than carbon.

This article on the Environmental News Network explains how scientists have found that the sea has massive capacity to soak up methane.

If you were to put more methane into the ocean, that would perhaps provide a bit more time to develop some alternative methods to cool the Earth.

It would only be a time-saving exercise though. It doesn’t sound good putting more things into the ocean that don’t really belong there.

About 100 barrels of oil oozes out of this area as well. Methane warms the Earth 23 times more than carbon dioxide when averaged over a century. Thus the fate of the methane bubbles from the seeps is an important environmental question. “We found that the ocean has an amazing capacity to take up methane that is released into it —— even when it is released into shallow water,” said Valentine. “Huge amounts of gas are coming up here, creating a giant gas plume. Until now, no one had measured the gas that dissolves and moves away, the plume.”