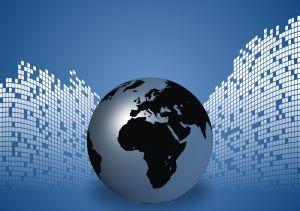 While IT types are hailing 2010 as the “Year of the Cloud,” a new report by Greenpeace raises questions about how ongoing growth of the internet could fuel climate change by increasing demand for carbon dioxide-spewing coal power.

On the plus side, the report also shows how IT can become a transformative force by advocating for solutions that increase renewable energy use and reduce global warming pollution.

In “Make IT Green: Cloud Computing and its Contribution to Climate Change,” Greenpeace builds on previous industry research to show that cloud-based computing, which allows devices like the iPad to access online services like social networks and video streaming, has potentially a much larger carbon footprint than previously estimated.

The report finds that, at current growth rates, data centres and telecommunication networks — the two key components of the cloud — will consume about 1,963 billion kilowatt-hours of electricity in 2020, more than triple their current consumption and over half the current electricity consumption of the United States … or more than that of France, Germany, Canada and Brazil combined.

“As the cloud grows, the IT industry’s appetite for energy will only increase, so the industry must become strong advocates for renewable energy solutions and strong laws that cut global warming pollution,” said Casey Harrell, a campaigner with Greenpeace International. “IT companies like Microsoft, Google, and IBM are now in powerful positions at the local, national and international levels to influence policies that will allow them to grow responsibly in a way that will decouple their economic growth from rising greenhouse gas emissions.”

Facebook recently announced the construction of its own data centre in Prineville, Oregon that will run primarily on coal. Greenpeace asserts that, by choosing electric utility PacifiCorp as its power provider, a utility that sources the majority of its power from coal-fired power stations, Facebook missed a chance to incentivise the use of renewable energy and instead reinforced the coal industry’s grip on the nation’s power grid.

“The ICT (information and communications technology) sector holds many of the keys to reaching our climate goals by innovating solutions to reduce greenhouse gas emissions and increase energy efficiency,” Harrell said. “Technologies that enable smart grids, zero emissions buildings and more efficient transport systems are central to efforts to combat climate change. But given the projected size of the cloud at the current pace, IT must also get their own carbon footprint under control.”

Upon releasing the report, Greenpeace issued a call for the biggest IT companies to support government policies that give priority grid access for renewable sources of energy and that increase the supply of zero-carbon energy sources like wind and solar. The organisation says IT companies should also support economy-wide climate and energy policy in the US that peak emissions by 2015 and then precipitously reduces them to as close to zero as possible by 2050.