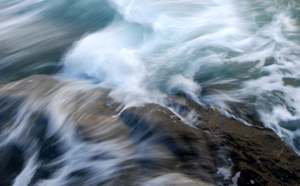 Greenbang bonus river fact: According to the font of all knowledge that is Wikipedia, the Severn is the most dangerous river in Britain. Greenbang presumes it used to be a bit tasty with its fists and was once an associate of the Krays. That would make it pretty dangerous in Greenbang’s book.

Here’s another Severn fact: in the future, the estuary could be used to provide five percent of UK energy needs. At least that’s what the government reckons.

So convinced is it of the energy-generating power of the Severn, it’s kicking off a feasibility study on putting a tidal energy generator in place in the estuary- potentially the largest of its kind in Europe.

This week, the government announced it’s enlisted the help of contractors to do the Strategic Environmental Assessment bit of the study.

The contractors in question are a consortium led by Parsons Brinckerhoff, and they’ll be studying that there feasibility for two years, to see how the estuary’s wildlife might be affected if the project went ahead.

In the next few days, the consortium is likely to put out a call for evidence, asking for these details:

* A call for proposals for tidal power schemes in the Severn Estuary using tidal range technology
* A request for any information (e.g. environmental, technical, commercial, social) that currently exists or is under development that could potentially contribute to the evidence base for the assessment of schemes and the subsequent Strategic Environmental Assessment

Meanwhile, PricewaterhouseCoopers have been picked to advise the government on how to finance the whole shebang.