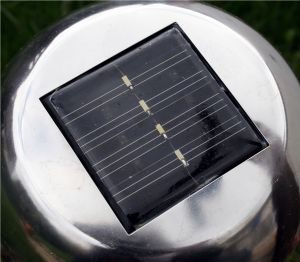 Researchers at the Massachusetts Institute of Technology say computer simulations could help design a next-generation solar cell that’s up to 50 percent more efficient that today’s versions.

The team says a combination of computer modeling and various advanced chip-making techniques make it possible for light to bounce around longer inside the silicon of a solar cell, making it more likely for electrons to be knocked loose and generate an electrical current.

“It’s critical to ensure that any light that enters the layer travels through a long path in the silicon,” said Peter Bermel, a post-doctoral researcher in MIT’s physics department. “The issue is how far does light have to travel before there’s a high probability of being absorbed.”

In addition to boosting efficiency, the thin-film solar cells being studied by the team also use only about 1 percent as much silicon as conventional cells, a plus when silicon is both costly and in high demand.

The researchers say they will now focus on continued modeling and laboratory tests to refine the technology for commercial viability.

“If the solar business stays strong, implementation within the next three years is possible,” said Lionel Kimerling, the project’s director.