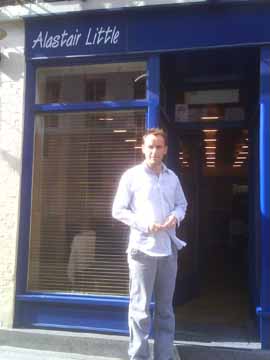 Westminster City Council has said it will not foot the bill to recycle waste from businesses.

An investigation into the eco-friendliness of Soho’s restaurants reveals while some are trying to recycle rubbish, the council is forcing them to pay their own way.

“We do not expect our council tax payers to subsidise a commercial venture, so the service needs to be self funded. Commercial waste collection is open to private competition and businesses can choose from up to 30 private operators in Westminster alone.”

The council claims it collects 192,000 tonnes of commercial and domestic waste every year, of which just 27,000 tonnes goes to landfill (14.2per cent). Some 75.4 per cent is incinerated where it is turned into heat and power for London.

But restaurant owners say they have been involved in a long-running battle with the council to improve recycling capabilities for small businesses.

“Most businesses around here are desperate to do our bit for the environment but Westminster Council just isn’t helping,” says Jason Peters (pictured), manager of Frith Street restaurant Alistair Little, which currently pays to have its waste recycled. ‘The cost to get rubbish taken away is extremely high, which impacts heavily on our profit margin,” he adds.

“When we try to speak to the council, we’re told that there just isn’t any budget for businesses in this area and they’re focusing on residential customers. As restaurants produce the largest proportion of waste, it just doesn’t make sense.”

Daniel Megson, 25, assistant manager of the Boheme Kitchen Bar, adds while the restaurant tries to separate rubbish, the council is undoing all the good work: “We have several colour-coded bins which help us to separate everything but the council just puts it all together again.”