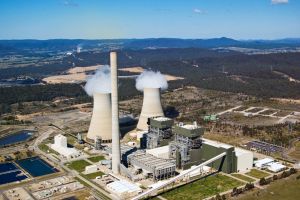 The controversial subject of carbon capture and storage (CCS) – liquefying toxic carbon emissions and burying it underground – is in the headlines again this week with the world’s first demonstration of CCS tech at Vattenfall’s coal-fired Schwarze Pumpe power station in Germany.

In short, oxy-combustion is a process that burns coal using oxygen instead of air, creating an exhaust stream of relatively pure carbon dioxide that can easily be captured and stored underground.

Alstom says the key advantage of its oxy-combustion technology is that it will be applicable to new coal plants as well as retrofits of existing facilities.

“In the mission to develop new ways of generating  electricity with minimal environmental impact, Alstom is ahead of the technological curve for CO2 capture. We are very pleased and proud that Vattenfall has selected our technology, and this inauguration represents the first results of our fruitful collaboration.”

As we’ve explained before here on Greenbang, opinion is divided on CCS as a tool to reduce carbon emissions and fight climate change with one camp arguing that it’s the only way to rapidly cut CO2 levels and the other arguing that it doesn’t encourage the fundamental change in energy production and consumption that is really needed.

We’ll keep a close eye on this CCS project and update you on its progress.