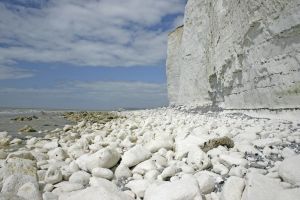 Once upon a time, climate change felt like a distant threat on the horizon. Now it is happening in front of our very eyes. Across the world, global warming is sparking more intense heat waves, more flooding and more droughts. If climate change continues at its current pace, the social, environmental and economic costs don’t bear thinking about.

Yet, as the global population soars, our growing thirst for energy is still being fed by the number-one pollution culprits: traditional fossil fuels. Around the world, governments are investing vast sums of money in exploring and implementing alternative sources of energy that are cleaner, greener and cheaper. The UK government has introduced radical compulsory carbon emission reduction targets: as a country, we need to cut greenhouse gas emissions by 34 per cent by 2020, and by at least 80 per cent by 2050.

Solar power — the world’s fastest-growing source of energy — is poised to make a vital contribution to reducing carbon emissions on a global scale. However, compared to their peers in countries like Germany and the US, UK-based solar companies aiming to export their technology are operating with one hand tied behind their backs, for one reason: there is a lack of focused support from the government, despite the fact that there is an opportunity to expand the UK’s export market, and reduce global carbon emissions.

Surprisingly, the government’s recently published UK Low Carbon Transition Plan, which sets out how the UK will meet its emissions targets, does not detail how solar energy generation could be implemented and encouraged. In fact, the only renewable technologies truly supported by the UK government are those that contribute towards its own CO2 targets.

Despite being home to innovative companies that are developing state-of-the art solar technologies like concentrated photovoltaic energy, the UK’s weather does not make it an ideal candidate to use this technology on its own soil. Instead, photovoltaic technology is generally used overseas in countries whose direct sunlight hours allow them to make the best of this kind of solar energy.

So, why should the UK government support any initiative which would help another country to meet its emissions targets? The simple answer is the obvious one: CO2 doesn’t magically stop at the white cliffs of Dover. Since greenhouse gases don’t respect international borders, nor should our approach to tackling them.

Attitudes toward state investment in green technology are more flexible in other parts of the world. The US government, for example, has recently taken a broader view of the areas that it considers to be “worth” investing in for the economy and to create jobs. Indeed, the Obama administration has recognised that investing in renewable energy is one way to help pull the country out of recession: the $825 billion economic stimulus plan is helping create new jobs by encouraging investment in renewable technologies.

The UK’s strong tradition of manufacturing, engineering and design skills make it ripe for investment in the solar industry. Since the start of the recession, the UK’s industrial landscape has been altered beyond recognition, with regions like the West Midlands — once the hub of the automotive industry — left severely scarred. However, this upheaval has left behind an unemployed, yet highly skilled workforce, as well as ready-made manufacturing facilities, that could be put to good use by up-and-coming industries like solar.

Investing in the UK’s solar industry is not all about us. Carbon emissions are a global problem that needs a global approach. The solar industry is set to become a key way to tackle climate change through a cleaner, greener energy model.

Editor’s note: This was a guest commentary by Robin Godfrey, CEO of Circadian Solar, a UK-based developer of concentrated photovoltaic technology.