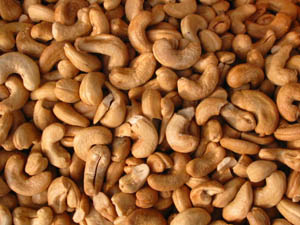 You know that whole emissions problem from burping cows? Yes, this is serious, no tittering at the back – well, Japanese tests might have found an answer to the burpy, methane spewing walking meat.

That answer is not, as Greenbang expected, a lesson in manners – it’s actually oil from cashew shells, says Reuters.

If cattle eat the oil, mixed in their feed, it can cut down the amount of burps by 90 percent, according to oil refiner Idemitsu Kosan.

Interestingly, that’s only the results of lab tests, and the burpy cattle haven’t actually eaten the nut juice.

Hokkaido University is also in on the cashew nut oil project and told Reuters that there could be oil on sale within four years and a patent has already been applied for.