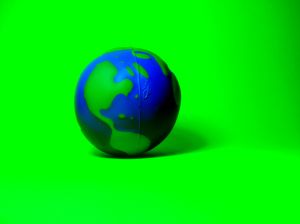 Predicting the future is a tricky business, just look at Nostradamus’ vague hallucinogenic ‘visions’ for evidence of that. Greenbang prefers reading tea leaves, but finds it a bit difficult with tea bags.

Inevitably there’s a lot of future-predicting that goes on around climate change and the latest comes from thenon-for-profit sustainability group Forum for the Future, which looks at the social, political, economic consequences of our response to climate change and how that will change society over the next 22 years.

Forum for the Future has hedged its bets somewhat, however, coming up with five different scenarios. Here they are:

“What we do now could determine the fate of billions of people. These could be the most important years in history. Businesses should not think about having a ‘climate change strategy’ but a strategy that will work in a complex and uncertain world dominated by climate change – a strategy for the ‘climate change years.’”

The Climate Futures report was produced in collaboration with researchers from IT company HP.