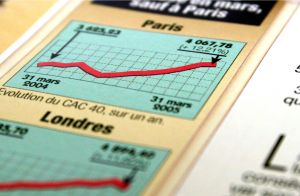 The global banking crisis has had a sphincter-tightening effect on investment but research suggests the clean tech sector is bucking the trend – for now, at least.

A quarterly report from clean tech analysts at StrategyEye claims worldwide investment in the sector has more than doubled over the last three months, compared to the first quarter of 2008, from $1.44bn to $3.82bn.

One of the hot spots is research and development around algae as a biofuel, which has seen an investment increase of more than 50 per cent over that period.

“As an example, this last quarter has seen a flurry of activity in the algae-based biofuels sector and a rise of over 50 per cent investment to $150m, in comparison to the first quarter. This reflects the general clean tech sector trend.”

Greenbang reckons the full effect of the banking crisis, as economies around the wall officially fall into recession, will take another couple of quarters to filter down into clean tech investment. So while this research is good news, let’s wait and see how this report looks early next year.