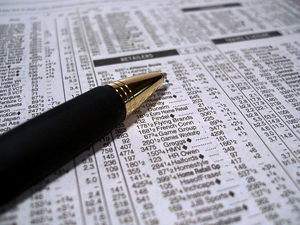 The likes of the National Venture Capital association and PriceWaterhouseCoopers have released a nattily titled report. It bears the title The Money Tree. Greenbang fears this might be the only time she has access to a money tree, unless the genetic engineering experiments to create a cheeseplant that grows tenners instead of leaves come off.

So back to the Money Tree, and not the one in Greenbang’s lab. The report says venture capitalists spanked $7.1 billion in the first three months of the year, across 922 deals – a slight dip compared to the last quarter of 2007. Not to worry though,it’s still a crackerjack quarter, according to those in the know – fifth highest investment quarter since 2001.

So what does this mean for the clean tech lot? They notched up $625 million across 44 deals during the first quarter of this year. That’s down on the previous quarter by six percent and up 51 percent compared to the corresponding quarter in 2007.

And if clean tech needed some more bragging rights, it has them: apparently, the largest deal in the quarter was for a clean tech company with four out of the top ten big winners was a clean tech firm.