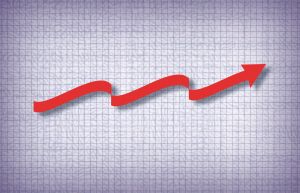 Greenbang hasn’t been shy in the past at bringing you numbers – predictions on how much money has been pouring, like a healthy papery tide, into green energy. But the cynics among you may have been saying “ah, but how much revenue is there?” and tapping your nose knowingly.

Well handily, there’s people out there to answer that very same question. (let’s face it, it wouldn’t be much of an article if there weren’t). So, the people stepping up to the plate are… research firm Clean Edge. And here’s what they’ve got to say on the matter:

Revenues in the big four of renewable – biofuels, wind power, solar photovoltaics, and fuel cells – shot up 40 percent from $55 billion in 2006 to $77.3 billion in 2007 and they’re expected to jump to $254.5 billion by 2017. Apparently, Clean Edge says that for the first time, three of those energy sectors are generating revenue in excess of $20 billion apiece, with wind now exceeding $30 billion.

Here’s some more highlights from the Clean Edge report:

Solar photovoltaics (including modules, system components, and installation) will grow from a $20.3 billion industry in 2007 to $74 billion by 2017. Annual installations were just shy of 3 GW worldwide, up nearly 500 percent from just four years earlier.

The fuel cell and distributed hydrogen market will grow from a $1.5 billion industry (primarily for research contracts and demonstration and test units) to $16 billion over the next decade.