Clean energy: It’s not just for wussies and hippies anymore 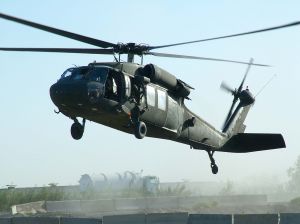 If going green and promoting renewable energy is such a wussy, hippy thing to do, how come the vast majority of Iraq and Afghanistan veterans want the US to adopt Clean Energy Climate Change legislation?

A new poll conducted for VoteVets.org, an organisation of recent veterans that aims to be “the voice of the 21st century patriot,” finds that 73 per cent of veterans from the conflicts in Iraq and Afghanistan want the US Congress to pass a new law in favour of fighting climate change and shifting to clean energy sources. A full 67 per cent also believe such legislation would help their own economic prospects.

Even more — 79 per cent — say they believe ending dependence on foreign oil is vital for national security. Just 14 per cent supported the contrary view.

“This poll confirms what we always knew was true — veterans of the wars in Iraq and Afghanistan know, first-hand, the destructive effect our dependence on oil has on our national security, and on the battlefield,” said Jon Soltz, chairman of VoteVets.org and an Iraq War veteran. “They are well aware of arguments made in favour and against bi-partisan clean energy and climate change legislation, and firmly fall into the group of Americans supportive of passing that comprehensive legislation. Veterans of the wars we’re fighting want legislation passed now.”

Nor do these vets fall into the “Drill, baby, drill” category. Seventy-three per cent said they favour a bill that would invest in clean, renewable energy sources and put limits on carbon dioxide emissions, while 22 per cent said they would oppose such a measure.

Upon releasing the poll results, VoteVets.org also announced that it will run a new series of television and internet ads that frame energy reform as an issue of national security. The ads are co-sponsored with Operation Free, another veterans organisation that is calling for a shift to clean energy for both security and climate reasons.