Citigroup: going green will save up to $100m annually 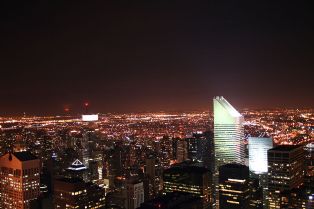 Megabank Citigroup is greening up its massive property portfolio — totalling 92m square feet worldwide, including the bright building in the picture here — in a major plan that it reckons will chop up to $100m off its bills every year.

A bunch of measures, from turning off escalators to using more recycled materials, will save the bank up to $1 per square foot, it reckons. This from the WSJ (via TreeHugger):

The Citigroup rep quoted in Wall Street Journal stated they expect to:- “save as much as $1 per square foot a year by making its offices use less energy. That would add up to savings of almost $100 million annually. The New York financial behemoth last year launched a $10 billion plan to reduce the carbon footprint from its facilities 10% below its 2005 level by 2011.”

It’s also investing a bunch of cash to create what it reckons will be one of the greenest data centres around, in its Frankfurt digs. More on that here.