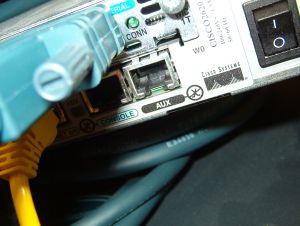 Cisco is stuffing $16bn into China as it moves to compete with networks giant of giants Huawei.

The company is building a “green” technology centre there. Does that mean it will also cut down on its packaging?

The San Francisco Chronicle has this:

Cisco Systems is nearly doubling its recent investment in China, announcing a $16 billion commitment over five years that will go toward parts procurement, education, joint ventures and establishing a green technology center.

The new investment is almost twice the $8.5 billion Cisco has invested in China since 2002 and signals how important the company views the fast-growing country of 1.3 billion people. Cisco Chief Executive Officer John Chambers said in a statement Thursday that the country’s growth and development in Web 2.0 technologies have made it a key part of Cisco’s overseas strategy.