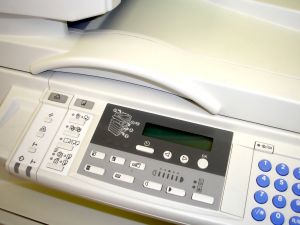 The Chinese government is changing tactics, from an indulgent parent to a “green” nanny, looking after every corner of offices and houses they’re urging people to be green. The latest worry? Photocopiers.

China will impose its new standards of power consumption with an energy saving rating on copy machines. The regulations are waiting for authority approval at the moment, and are expected to be announced in June, according to Xinhua News.

Up to 10 percent of the current duplicators, which failed to meet the new standards, would be forced out of the market, said senior engineer Chen Haihong of the China National Institute of Standardization. Calls for capping copiers’ energy consumption have piled up in China, as the machine has been labeled among the biggest power guzzlers among electrical appliances, along with air conditioners and refrigerators. Consumers may worry that they will ultimately have to pay for the fee for energy-saving. But Xinhua also quoted Su Canqun, who works in the marketing department of Konica Minolta, a leading Japanese printing machine manufacturer, saying that:

“The new standards would edge up production costs slightly. Consumers, however, wouldn’t feel the increase as the copier producer had been making headway in cost controls and energy saving in recent years.”