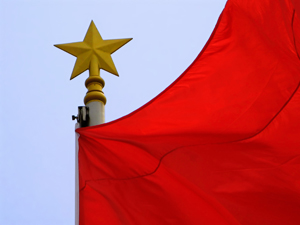 If carbon emissions rankings are any guide to Olympic medal success, then Greenbang would like to tap her nose knowingly and suggest you could do worse than put a few bob on China. (and if you’ll follow such shoddy betting logic, you deserve to lose your money. Go bet on Elvis to return on a UFO or something.)

According to new research from the Netherlands Environmental Assessment Agency, China’s emissions are now 14 percent higher than the US’, and China has contributed two-thirds of the three percent rise in carbon emissions which happened last year.

China now has almost a quarter of the world’s carbon emissions under its belt, with the top rest of the top five polluters in order being the USA, the EU-15, India and the Russian Federation.

So where’s all this carbon coming from? Here’s what the Netherlands Environmental Assessment Agency has to say:

Of all industrial processes, the cement clinker production process is the largest source of CO2, apart from fossil fuel use. It contributes around 5% to the total of global CO2 emissions from fuel use and industrial activities. With a production increase of 10% in 2007, China now has a share in global cement production of about 50%.

Cement manufacturing is responsible for almost 20% of the total of China’s CO2 emissions, including those from fuel combustion for heating the kilns. After the earthquake which recently hit the Sichuan province, it may be expected that the rebuilding of houses and roads for over 5 million people will cause the cement demand to soar even further.