China green plan goes back to the future 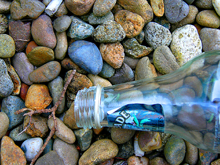 China has been going back to the future this week, according to newshounds on the ground, telling everyone about an environmental plan the country dreamed up in 2006. Yep, 2006.

Xinhua has the scoop, saying Monday saw the belated publicising of a five year environmental plan which was meant to run from 2006 til 2010 and only adopted earlier this year.

As part of the plan, China aims to cut its chemical oxygen demand (COD), a major index of water pollution, in 2010 by 10 percent from 2005 and sulfur dioxide emissions also by 10 percent.

While Greenbang applauds the targets set and the plans made, she can’t help thinking that adopting a plan that’s two years old doesn’t signal the healthiest future for environmental action, especially when the targets set in the last action plan weren’t met.