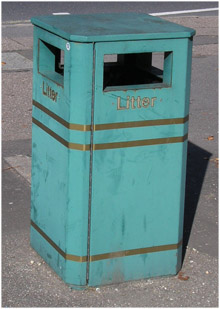 If Greenbang was wearing a hat, she would take it off to China right now. In fact, Greenbang is so impressed at the moment, she might well go and find a hat with the sole intention of taking it off to China.

China, you see, has banned plastic shopping bags. According to media reports, Chinese shoppers can now no longer get their hands on the free, flimsy placcy carriers they’re used to- they’ll either have to pay shops for new durable ones, or take their own reusable bags down the shops.

Greenbang gives a round of applause to China on this one. With three billion bags apparently being used in the country each day, that’s a lot of plastic being cut out.

China is poised to become a global leader in renewable energy in the next few years, the head of environmental research group Worldwatch said Wednesday.

“I think China will be number one in less than three years in every renewable energy market in the world,” Worldwatch president Chris Flavin told reporters at the launch of the annual “State of the World” report.