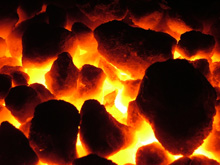 You know that smell that emanates from gents’ loos and festival toilets? Ammonia? Well that baby is not just good for irritating the noses of the sensitive, apparently, it also has applications in carbon capture. Especially if you put it on ice for a bit.

Aussie company Alstrom and US chums EPRI and We Energies (insert your own urine joke here) have been testing out chilled ammonia carbon capture at a power plant in Wisconsin.

Alstrom built the carbon capture system to grab the nasties from the We Energies’ plant, which is apparently grabbing 90 percent of the carbon dioxide coming from the coal-fired plant.

The one year long pilot will let the companies examine the ammonia technology’s potential and could lead to a commercial rollout.

EPRI will conduct an engineering and environmental performance and cost analysis during the project, which will last at least one year. Through EPRI’s collaborative research and development program, more than 30 organizations representing a large portion of the coal-fueled utilities in the United States have committed to support this project.

“We Energies, Alstom and 35 other companies worked together to advance this technology”, said EPRI President and Chief Executive Officer Steve Pecker. EPRI will conduct an extensive evaluation of the system’s performance and support the development of technological and economic analyses associated with applying the carbon-capture process on a commercial scale, primarily to larger coal-fueled power plants.