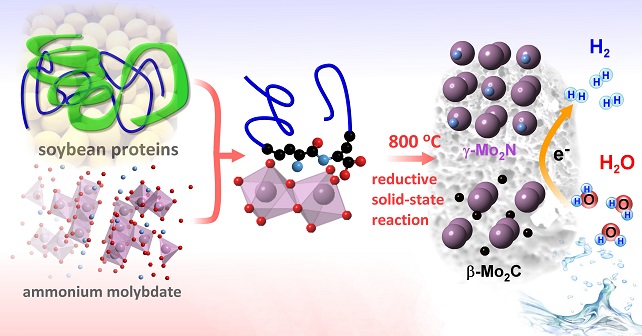 hydrogen41
A US research team inspired by the work of twin sisters from a New York high school has identified a low-cost but effective catalyst...

A US research team inspired by the work of twin sisters from a New York high school has identified a low-cost but effective catalyst that could replace expensive platinum for hydrogen production.

Hydrogen has long been touted as a clean-burning, efficient fuel that could power cars and fuel cells for energy storage. However, the process of splitting hydrogen from water can be costly, especially when using a platinum catalyst.

A new catalyst tested by a research team at the US Department of Energy’s Brookhaven National Laboratory is not only cheaper than platinum, but performs better in hydrogen production. The team’s work is based on a research project by twin high-school seniors Shilpa and Shweta Iyer, who enrolled in a mentorship program at Brookhaven to study environmentally friendly catalysts that could be used to produce hydrogen.

Their research led them to settle on a catalyst made with soybean proteins and ammonium molybdate. Their findings with the Brookhaven team have been published in the journal Energy & Environmental Science.

“This paper reports the ‘hard science’ from what started as the Iyer twins’ research project and has resulted in the best-performing, non-noble-metal-containing hydrogen evolution catalyst yet known — even better than bulk platinum metal,” said Brookhaven researcher James Muckerman.

To make the catalyst, the team ground soybeans into a powder, mixed the powder with ammonium molybdate in water, then dried and heated the samples in the presence of inert argon gas.

“A subsequent high temperature treatment (carburization) induced a reaction between molybdenum and the carbon and nitrogen components of the soybeans to produce molybdenum carbides and molybdenum nitrides,” said Brookhaven chemist Wei-Fu Chen, who helped supervise the Iyer twins’ research. “The process is simple, economical, and environmentally friendly.”

“We used electron microscopy and X-ray diffraction to see the interaction between soybeans and molybdenum on a molecular level,” Shweta said. “These advanced imaging technologies helped us understand why the catalyst is so effective.”

Shilpa and Shweta continue to experiment with their molybdenum-soy-based catalyst — dubbed MoSoy — including combining the hydrogen-producing setup with a solar cell. They hope such an arrangement could be used anywhere that has access to sunlight, even in hard-to-reach locations such as small villages in countries without an extensive power grid.

The sisters are also studying other biomass materials and metals to see if they can improve the durability of their model.

“The hard work pays off a million times over,” Shilpa said. “This has been the most rewarding experience, and I hope our technology has an impact on the future of renewable energy. Getting to share this accomplishment with my sister, through all the new ideas and breakthroughs and competitions, makes the experience even more amazing.”