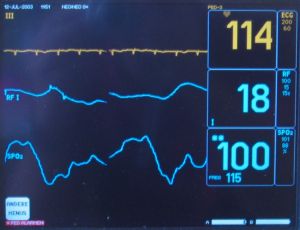 Energy is the “lifeblood” of the global economy, as a report issued at the just-wrapped-up World Economic Forum (WEF) noted. But in most parts of the globe, the energy sector itself makes a surprisingly small contribution to national GDP.

In Germany, for example, energy-related industries accounted for an average of just 2.5 percent of GDP in the years between 1994 and 2003, according to the WEF report, “Energy for Economic Growth: Energy Vision Update 2012.” That’s less than half the 6.5 percent contributed by the health and social work sector during that same time period, and only one-ninth the share — 22.3 percent — generated by manufacturing.

Of course, the picture’s different in oil- and gas-rich countries. Norway, for instance, which produces an abundance of fossil fuels from the North Sea, draws nearly one-fifth — 19.1 percent — of its GDP from energy industries and significantly less from manufacturing (11.8 percent) or health and social work (8.5 percent).

None of those figures, though, suggests that energy is less important in one country than in another. Because without energy, no sector of the economy anywhere could function the way it does today. That points to an inherent problem with energy: it comes with a host of externalities that we don’t always measure or take into account. While we know, for example, that rising energy costs generally mean the cost of food and other goods also goes up, we usually don’t take into account how much the availability of food and other goods depends upon energy.

That could make for a very rude awakening in a world where energy is increasingly difficult — and expensive — to produce.

“The key factors in maintaining the health of this nexus of resources (energy, food and water) are sustained investment, increased efficiency, new technology, system-level integration (e.g. in urban development) and supportive regulatory and social conditions,” Peter Voser, CEO of Royal Dutch Shell and the WEF’s 2011 Energy Community Leader, notes in the beginning of the energy report. “Looking towards the decades ahead, this nexus will come under huge stress as global growth in population and prosperity propel underlying demand at a pace that will outstrip the normal capacity to expand supply. To face this strain, some combination of extraordinary moderation in demand growth and extraordinary acceleration in production will need to take place.”

Even the word “extraordinary” doesn’t seem enough to describe what Voser’s advocating. “Sustained investment”? That’s ever-harder to come by these days. And “supportive regulatory and social conditions”? More often than not, those seem to be moving in the wrong direction lately, as protestors at these latest WEF talks in Davos, Switzerland, pointed out. And that’s the basic problem with so many “brain-trust” gatherings like these: the words are often right, but the action doesn’t follow.

In today’s energy environment, action counts more than ever.