CEOs love sustainabililty, according to CEOs 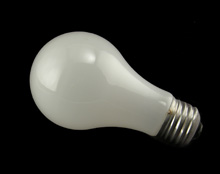 If Greenbang were a CEO of a major company, she would spend a lot of time chomping on a cigar, swinging around in her high-backed leather wheely chair and gazing out of her window, saying “soon all this will be mine!” and then cackling maniacally and then taking over a small family business.

Apparently, if Greenbang were a CEO, her definition of sustainability would have a lot to do with improving energy efficiency, according to a new report by the Economist Intelligence Unit.

And guess what? CEOs love talking about their sustainability, the report says. Here’s a snippet:

The “leading priority” selected by the most CEOs is also addressed through real estate operations, albeit less obviously. Thirty-seven percent ranked “communicating performance on sustainability to investors and stakeholders” as a major priority, and 24 percent ranked it as the leading priority. Responses to another question show that 36 percent of CEOs view “difficulty in developing targets, measures and controls required to entrench sustainable priorities within the organization” as a leading barrier to progress in sustainability.